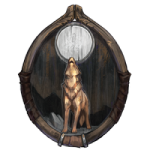 Although Tokotas are a large and fierce predator, most are naturally pack animals and instinctively develop close bonds to other Tokotas in the wild. It has even been recorded, although rare, that a wild Tokota can form close symbiotic relationships with other creatures. These relationships or partnerships can grow extremely strong and last a lifetime.

The TCA offers a special certification for bonding! Please look over the requirements, below to find out how you can maximize your bond with this unique species!

The TCA is very tight-lipped about this mysterious certification. Only those who have acquired a Tokota, via purchase, breeding, or wild-tamed (import) can begin these dangerous, life-altering tasks. If you think you've got what it takes to earn a Bonded Certificate, complete three of the following tasks of your choice to prove your mettle!

Each submission should include the following form:


Tokota has a chance to roll Average Pups in Breedings that don't normally get Average Pups.


Tokota receives additional +1 HP when depicted with a Handler and/or Starter.


When depicted in a Taming this Tokota counts as up to 3 Treats. (Does stack with Totems, does not stack with other Bakers, and only works for the Owner)


Removes chance at Severe Injuries from all injury rolls. This affects all injury types. Stacks with Hardy/Porcupine/Porcupine Totem.


Allows Tokota to find Abandoned Supplies while Fishing, Hunting, and Exploring. (Does not work in Tribe Activities)
Abandoned Supplies may be found in basic activities (hunting, fishing, exploring). They open and allow you to pick two of the following: Basic Rod, Basic Bow, Dull Flashlight, Snorkel, Rope or x5 HP Tokens. 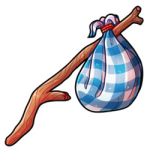 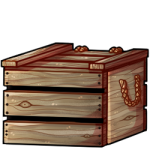 What does the Bonding Bundle contain?

Bonding Bundle allows you to chose either a set of Sturdy Tack, HP Tokens, Trait Tokens or TT.

How many Tokotas can I include in bonding?

For HP and story purposes you can include as many Tokotas as you want, but only one Tokota can be bonded per set, even if the set is collaborated with another user.

Does Trialist work in Bonding? Can I use a Representative Tokota instead of a handler?

No and no. Neither of these traits have any effect in Bonding. Bonding requires a handler or a Tokota with the Packmate Trait(instead of a handler) and only one Tokota may be doing the bonding rites at a time no matter what.

Does my Tokota get any bonus HP from doing Bonding?

Yes, Bonding prompts count as rites and thus give the +2 rite HP bonus.

What happens if I trade away a Bonded Tokota?

The tokota loses it's bonding badge and needs to be bonded again to the new owner. The tokota's Bonding Trait remains but it isn't usable until the tokota is bonded again.

Do I get my Bonding Badge back if a Tokota I originally bonded is traded back to me?

No, you'll need to redo the Bonding Prompts again yourself.