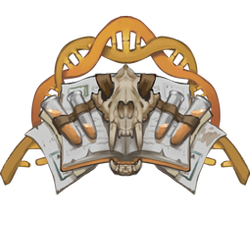 All genes for markings are assigned a rarity, which determines how frequently they pass in breedings. This pass rate is increased if the gene is present on both parents, and/or if a dominant gene is present for the marking.

PotA tokens allow for markings to be both added and removed from unuploaded pups. One (1) token can add or remove a non-dominant copy of the marking. To remove or add a dominant marking to a pup, two (2) PotA tokens are required.
Multiple PotA tokens can be used on a single pup, however you must spend one (1) per change to the markings.

There are some limitations to these tokens however. They can only add or remove markings based on what was possible in the litter. They cannot add a marking that is not present on at least one of the parents.
Additionally, you cannot add a dominant marking if it was not possible between the two parents. Such as if one parent has blanket, the other does not, tokens cannot be spent to add the dominant blanket gene.

More details can be found on the Passage of the Alpha journal.


➥ Back to the main Breeding Guide