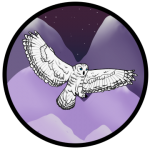 We're a small tribe from a very large beginning. If you want to think of it RP style....."Long ago, there was a large tribe in these lands known as the WinterCrest Tribe, their numbers we many, their lands prosperous and hunting and foraging were plentiful. And then the black cloud of plague and famine found them, the tribe cut down to almost entirety. But Aippaq was kind, a few survivors were spared, and after much praying and sacrifice, the lands were deemed cleansed and devout once more ". 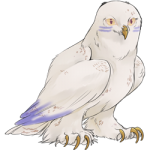