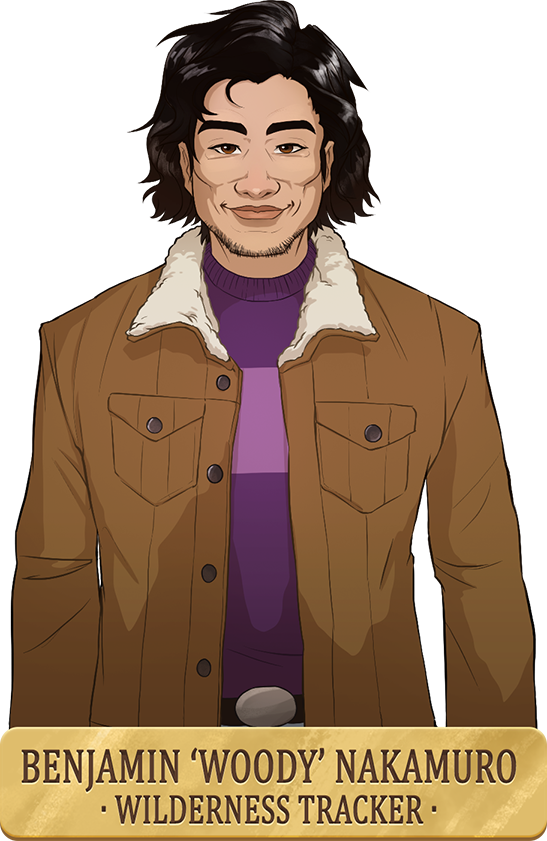 Title: Leader of the Wilderness Tracker Faction
Career: No one is entirely sure, seems to be a Jack of All Trades and Master of None. Found doing various jobs at random times.
Tokota: Amai FT04
Quote: "Uh-huh."

Appearance: 5'11", olive skin, chocolate eyes, thick black hair, confident smile, and looks slightly unkempt at all times.
Personality: Laid back and go with the flow in most situations. He prefers nature and Tokotas to people and is terrible with names. Usually knows someone by their Tokotas rather than their face.
Background: Woody walked out of the forest at the age of 7 covered in dirt, but otherwise healthy. There was no sign of family beyond Amai at his side, creating the rumor that he was literally raised by wild Tokotas. His knowledge of nature in Tokotna gained him leadership in his faction.