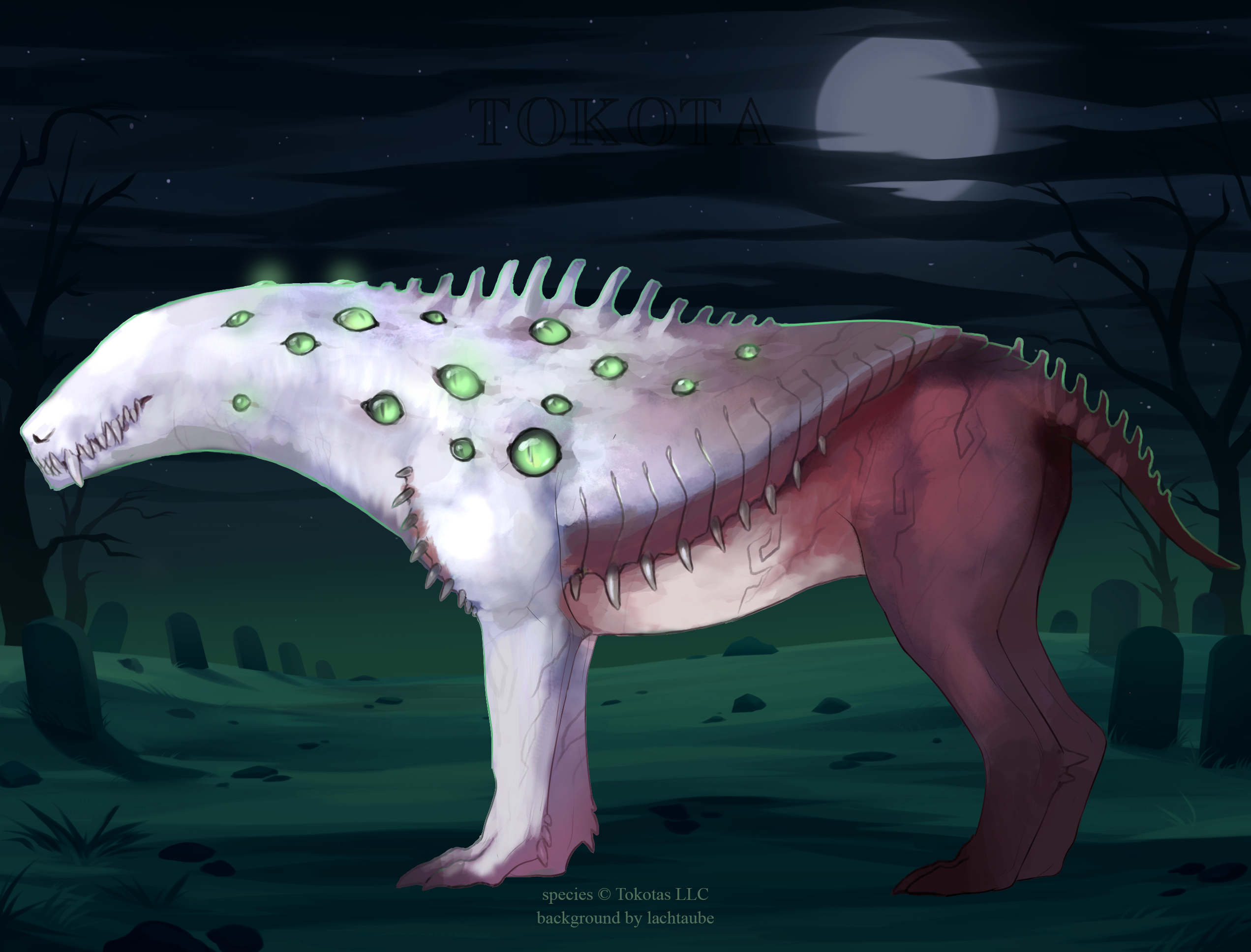 "Don't go alone at night or Sivoganik will find you..." The chilled feeling of someone watching shuddering down your spine, the faint sound of voices whispering over the gentle forest winds and creaking boughs, the shifting shadows in the darkness barely beyond the trees, he hunts for you. The spirit of madness feeds from the fear, the anxiety and nervousness that grows with each frantic look over the shoulder or quickened pace beneath the starless sky. As sanity is fed apon bit by bit, the pale spirit with death's grin finally becomes visible and consumes the rest of the healthy mind leaving nothing but a broken husk behind. Those who survive the night, come out of the darkness completely crazed. It is said the Sivoganik was once a spirit trapped in the Anirniit Valley. After decades imprisoned in the forlorn land it lost its sanity and began to lash out in a vain attempt to regain its own mind. Sivoganik's body twisted, its skin melted and boils formed into eyes along its back. It became disfigured and driven to sink its long fangs into one thing alone, the mind.