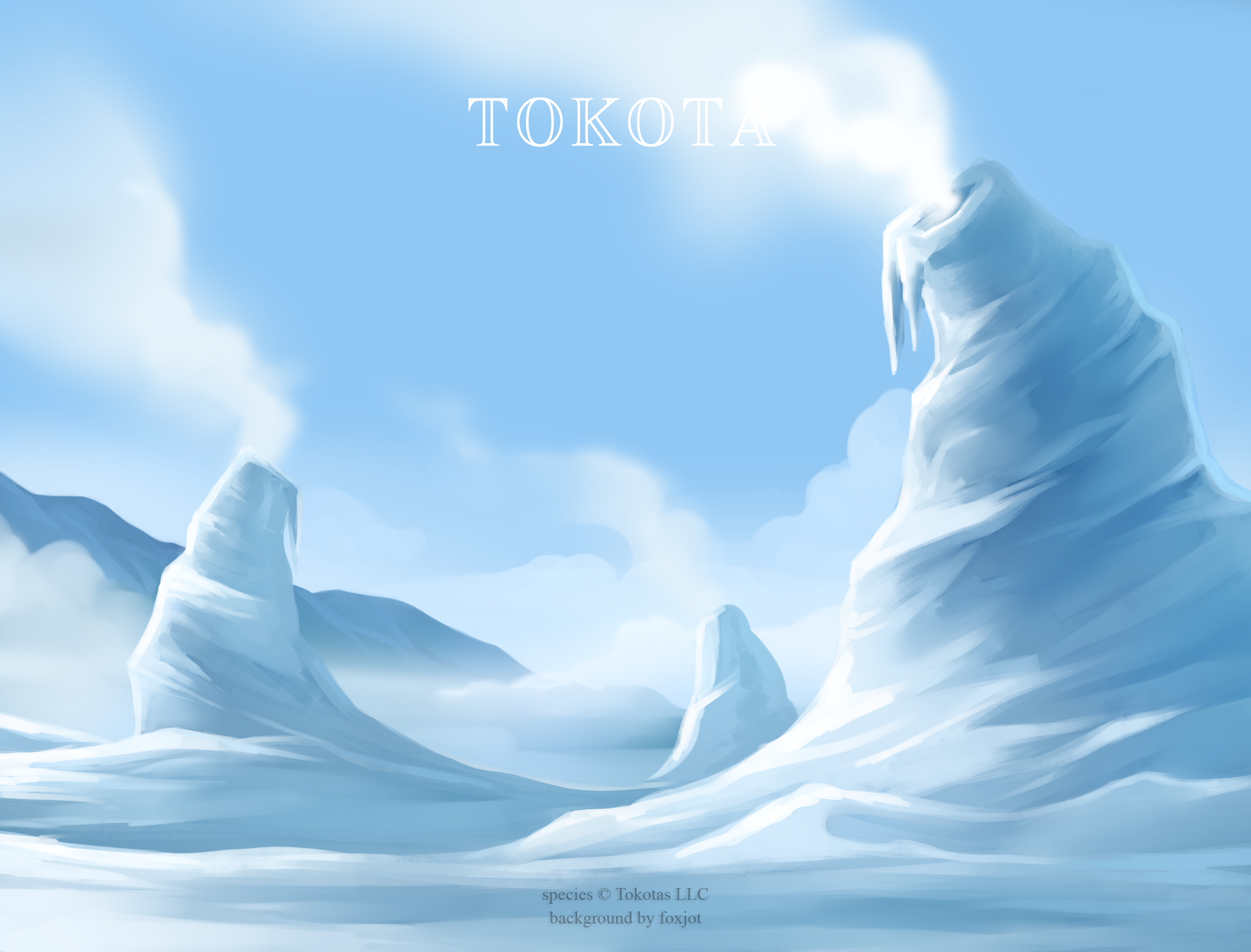 Tartok
Located close to the arctic circle, to the far west, where the sea and the land become one, with ice predominating. Temperatures rarely fluctuate above freezing temperature.

Along the ring of fire, in the farthest northern regions, the steam from underground volcanic activity will gradually create a chimney of well-packed snow and ice around the moisture. They can vary from smaller pillars reaching only a few feet high, though there are some that are most revered reaching several stories. These take hundreds of years to form fully, and often are considered especially sacred for native tribes living nearby. They have not been researched extensively by Western scientists due to isolation and distance.

Frost Dragons hold a significant cultural importance to native arctic and subarctic peoples. There are many ceremonies that revolve around these strange archaic structures. Those who have visited the Frost Dragons have often encountered strange creatures. They appear at the most unexpected times, and never stay for long. These creatures seem to be made from steam and swirling snow, and take the form of several animals. The most common are bears, wolves, and deer, though other shapes have been reported. In any case, they are seen as a good omen, and observers often feel a sudden rush of strength and calm. It is recommended that those wishing to seek the guidance of these spirits come in a strong frame of mind, ready and open to accept their words.