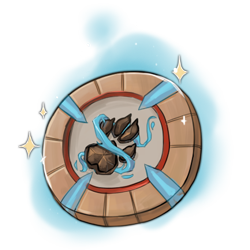 
Traits are permanent boosts that are attached to your Tokota. Traits can be earned in a variety of ways, and effect many aspects of the group. There are two primary types of traits; Non-Hereditary Traits and Hereditary Traits.


> The current list of all traits can be found here. <


Non-Hereditary Traits are bonuses earned by a Tokota for completing specific milestones. These do not count against your total traits, nor can they be passed down to offspring. Additionally, once earned, these traits cannot be removed from the Tokota.


Hereditary traits can be purchased at the Trading Post for Trait Tokens, or found in Activities, Random Events, Shrine, etc. They also can be passed down to your Tokota from their parents. The pass rate of the trait depends on the rarity of the trait as detailed below.

If you have a Hereditary Trait you no longer wish to keep, you may remove them or replace them with a new trait on the Tack Application screen for your Tokota. This trait will not return to your bank, and will be lost. You can use a Trait Tome when removing a trait to have it be returned to your bank.


All unique traits originate from a founder Tokota. These traits may not be purchased with Trait Tokens or removed with a Trait Tome. To gain a unique trait, a tokota must be a descendant from the original starter with the trait.

Unique traits were created by players that have won them in special events, or purchased from group sales. Newer unique traits are created by the group and released via group starters. These founders can typically be found in the Platinum Starter Slot pool.

The following Unique Traits were founded by the Tokotas group and are eligible to be used with items such a UT Upgrade Token.